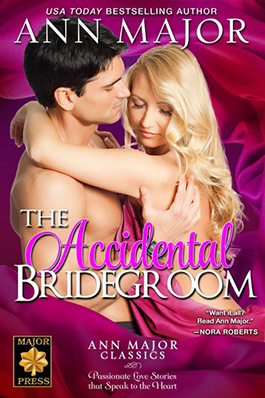 When love refuses to die…

He was forced to leave her once, but he’ll never do it again.

The past: Cathy Calderon was the wild, willful heiress her dangerous stepfather hired hard-edged bodyguard Rafe Steel to protect. Rafe never mixed business with pleasure until Cathy set her sights on seducing him.

Six years later: Just as Cathy is about to marry a man her family deems suitable, Rafe discovers she never told him she'd had his daughter, who is an enchanting, pint-sized replica of the woman he can't forget. Even though her stepfather has threatened him if he ever goes near Cathy again, Rafe can't walk away from his daughter or her mother.

Then Magic Goes Haywire: When Cathy commissions a curandera whose love spells always go awry to make a love potion for her bridegroom but "accidentally" shares it with Rafe on The Day of the Dead, the spark between them flares out of control.