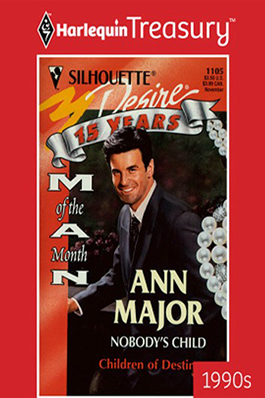 THAT WAS THEN… Cutter Lord:
Seven years ago the intense, powerful millionaire barged into his brother's wedding reception and attempted to steal the brand-new bride.

THIS IS NOW… The Single Mother:
With her husband's murderer still on the loose, Cheyenne Rose had no choice but to turn to her brother-in-law, the notorious Cutter, for help—the Lord brother she should have married.

And the Deep, Dark Secret:
Still haunted by the rumors surrounding the baby Cheyenne delivered less than eight months after the wedding to his brother, Cutter made a proposal of his own….