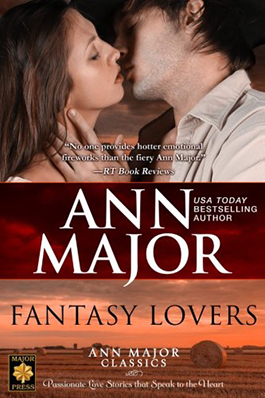 The Barefooted Enchantress: A novella

Actress Tamara Howard owes her life to a rogue-but he may have made off with her heart. A dashing rider in period costume appears on her movie set in Scotland, rescues her from a runaway horse and steals a kiss. But then he vanishes, until an ancient portrait tells his tale: Sir Ramsay MacIntyre, died 1587. Is Tamara being enchanted by a ghost...or a hot-blooded man intent on seduction?

Burned too many times by men who believe she's like the sexy roles she plays, Tamara rushes back to America as soon as the movie wraps. But her son Will, eager to re-visit the haunted castle, tricks her into returning to Castle Killiecraig ... and straight into the seductive net of the man who wants much, much more from her than a kiss.

When young Will sets up his 'ghost-hunting equipment' in the castle, he unleashes a chain of dangerous events. But the gravest danger may be to Tamara's heart, for her attraction to Sir Ramsay refuses to die.

Kit Jackson's set to marry Rodney Starr, the most eligible bachelor in south Texas tomorrow. So-why is she dreaming of Ted Bradley, the forbidden man from her past?

Tempted by the Rich Rancher

On the run for her life because of poor choices, Amber Lynn is determined to make a fresh start, especially when it comes to men. No way should she watch wealthy rancher, Jake Kassidy, swim naked. But he's so compellingly handsome, and there's no chance he'll catch her... Or is there? And what will happen if he does?

I Will Find You

Although she's haunted by her past, world-famous ballerina Dawn Hayden has no memory of being torn from Kirk MacKay's arms and abducted as a child.

Years later when she's in danger again, the mysterious stranger, who rescues her seems so dazzlingly familiar on a soul deep level, she can't resist him. He, however, has been haunted by the past as well, but he remembers all too well when he failed to save her.