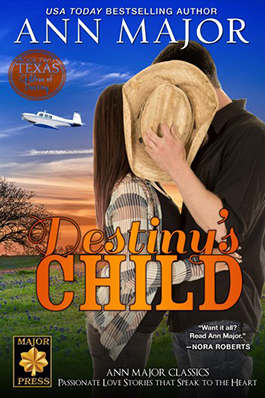 In love with her worst enemy

Ever since Megan MacKay’s father lost the MacKay ranch to neighboring rancher Jeb Jackson and vanished, after asking Jackson to look after her, Megan MacKay resented Jeb almost as much as she desired him. When she was sixteen, he rejected her, and she vowed to hate him forever.

Now she’s all grown up and such a handful, his feisty pilot is the last woman Jeb wants to desire. Then a passionate kiss makes Jeb realize that he wants to possess her a whole lot more than he wants her land. But can he win the one woman who’s so stubbornly set against him?

This excellent story is intense and emotionally involving.